Oscar de la Renta rose as a major figure in the fashion world thanks to dressing the former first lady, Jacqueline Kennedy

He worked for major fashion houses – Balenciaga, del Castillo, Lanvin and Balmain – before founding his own fashion house. At Balenciaga, he used to pick pins up from the floor”. At Lanvin, they asked him to run a gig: to drape, though he never did it! He called a fashion school and asked them to teach him in a month what they teach in a year!

He was the costume designer of one episode of “Great Performances: Dance in America”

He appeared as himself in many documentaries, TV shows and movies

He was a major contributor to the internationalization of the American style, hitting runways after runways with style, elegance and taste

He crafted a dress like a piece of art: embroideries, lace, and all the delicateness a woman could inspire him 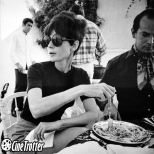 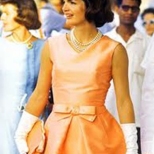 A style that never fades: Jacqueline in ODL 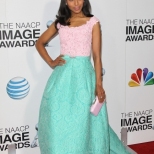 What would be the most remembered picture of the designer before his death : Amal Alamuddin’s wedding dress fitting

One thought on “Fashion is a trend, style lives within a person: From Jackie and Audrey to Diana and Amal”

Keep your eyes on our social media accounts (facebook, instagram and twitter) tonight as we will be covering the Oscars night from A to Z live from the Dolby Theatre ! Don't forget to enable the notifications on our page to receive instant updates !www.cinetrotter.wordpress.com#CineTrotterOscars #Oscars #LiveCoverage

- Nadine Labaki's third feature film Capharnaum will be released in 2018.

- Damien Chazelle is set to start shooting his Netflix musical series The Eddy this month in Paris.

Fashion in the Spotlight